5 Ways to Limit or Remove Unconscious Bias From the Workplace 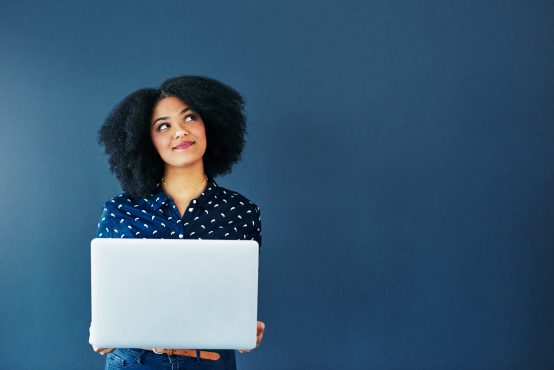 Awareness is not enough! Companies need more than training to encourage diversity and inclusion in the workplace.

You might remember the infamous day in May 2018 when Starbucks Coffee Co. closed more than 8,000 stores for unconscious bias training after protests broke out at a Philadelphia store where two African-American men were arrested after employees said they were trespassing. This publicly declared mass training might have saved Starbucks’ reputation, but did the training make much of a difference beyond that? Maybe – or maybe not.

According to a Starbucks news release last April, the training program was meant to address implicit bias, promote conscious inclusion, prevent discrimination and ensure a safe and welcome environment inside its stores. In doing so, Starbucks joined a growing list of employers, including Google, PwC, Microsoft and Airbnb amongst many others, which also provide training for their staff on unconscious bias. However, research[1] has shown that diversity training does not produce more diverse workforces and, the effects of most diversity efforts, including training, remain unknown.

But why? One theory is that simply telling people that they naturally have these biases is (unsurprisingly) not enough to override them. Knowing that we have these tendencies, and describing the types of biases we have, might raise our awareness for some time, but will it stop us from engaging in those behaviors? It is a lot to expect that a day or two of awareness-raising training can modify behaviors hardwired over our entire lives.

Instead, if you want to have an impact on your workforce, the focus must be on removing or minimizing opportunities for bias to occur in the first place.

If you are looking for a place to start, an easy win is to ensure you use highly validated talent assessments that also build an engine of predictive data. This challenges the natural biases and subjectivity of individual hiring managers because it opens the opportunity to see beyond an individual’s name, skin color, or resume and focuses attention on the current and future potential of their skill sets and abilities.

#2—Review your recruitment, performance management, and development processes to minimize the opportunity for human bias

In SHL’s Unconscious Bias Management Workshop, we discuss the many approaches you can take to achieve this. This workshop focuses on how organizations can minimize irrelevant or less effective data (such as demographic information on CVs or non-work conversations in performance reviews) that can lead to subjective biases.

Tools like video interviewing can make the job application process more accessible for people who are limited in mobility. Think creatively about how you can open the recruitment process to benefit from diversity. Assessments like the OPQ reimagined and Verify Interactive are now validated and available for mobile devices, which opens opportunities for individuals with limited access to computers or the internet.

#4—Give employees more opportunity to put themselves forward

For example, in staff development, consider providing employees with the opportunity to share their aspirations and career goals rather than relying on the favor of a manager to determine who makes the “list” for promotions. In addition, look beyond the person when dealing with problems. Undertaking a root-cause analysis when a failure occurs can help ensure the organization learns and improves processes rather than blaming employees based on potentially biased perceptions.

None of the above is to say we don’t all have a personal responsibility to own our role in challenging bias. It’s vitally important we hold up that mirror, that we are aware and that we call it out.

If we all practice some of these elements, we can reduce the risk of unconscious bias and make more objective decisions that will help us move along the road to building a more inclusive workforce. In this ultra-competitive market for talent, these suggestions ensure that your organization has the capability and capacity it needs to attract, retain and develop your top employees.

Contact us today to learn more about the objective tools SHL has to offer your organization that limit or removes bias from your talent strategy!